LEGO Star Wars that is focussed on being played with. Will this work, or will these sets also end up on display? 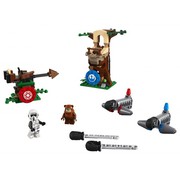 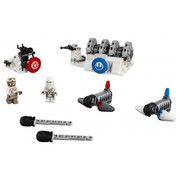 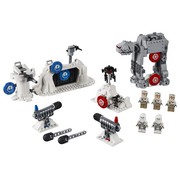 Give an all-new-for-April-2019 build and play experience with this LEGO Star Wars 75241 Action Battle Echo Base Defense building toy. Kids will love to share the building experience with their friends as they construct a LEGO brick Echo Base scene from Star Wars: The Empire Strikes Back, featuring a Rebel base entrance gate, blaster tower, trench section with Probe Droid and an Imperial AT-AT Walker. Opponents load up their powerful shooters and take turns to hit each other's targets to blast the Rebel Trooper and Snowtrooper minifigures into the air, blast open the Rebel base gate and bring the AT-AT crashing to the ground. This entertaining LEGO Star Wars battle construction playset offers endless creative play for kids of any age. Includes 5 LEGO Star Wars minifigures. [1]

The box measures 380 x 260 x 70 mm and weighs 750 gram. It contains 504 parts, 11 spare parts and the build instructions. There are no stickers. In the box we find 5 numbered bags and the instruction manual. 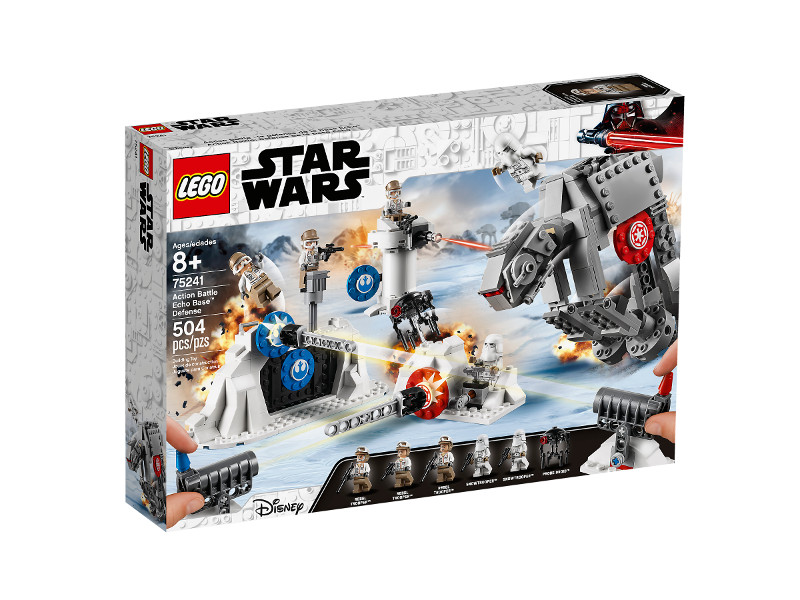 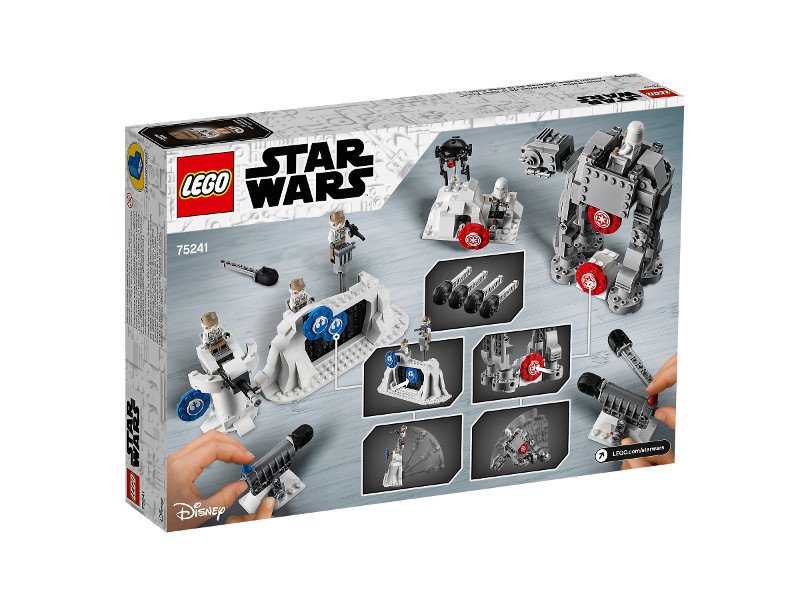 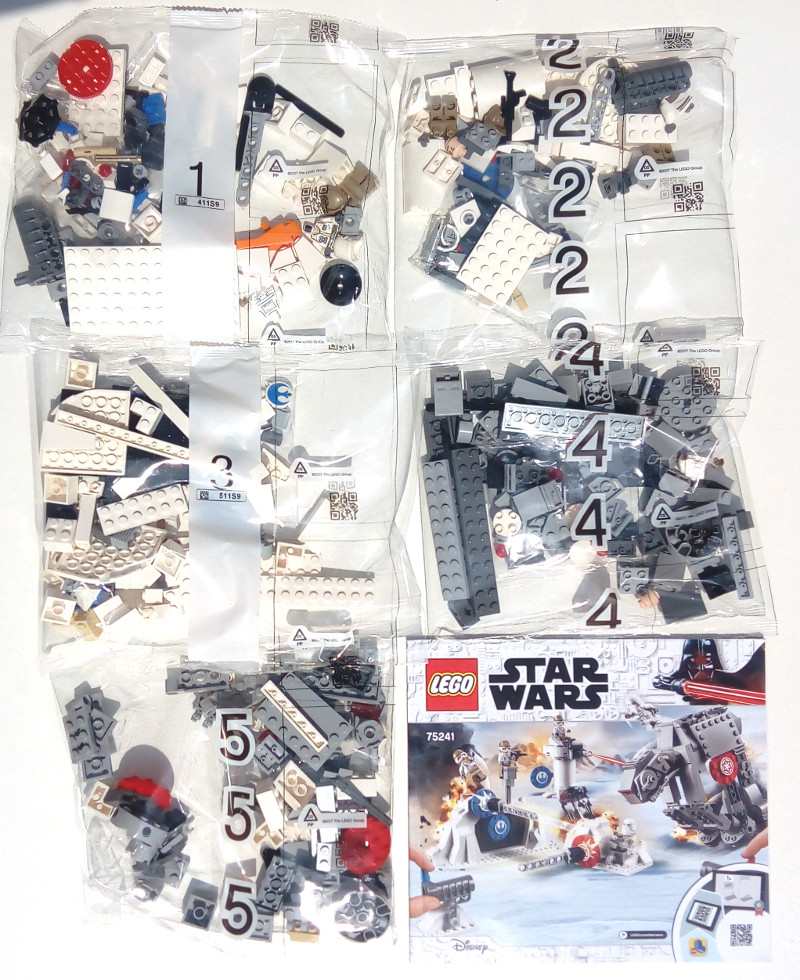 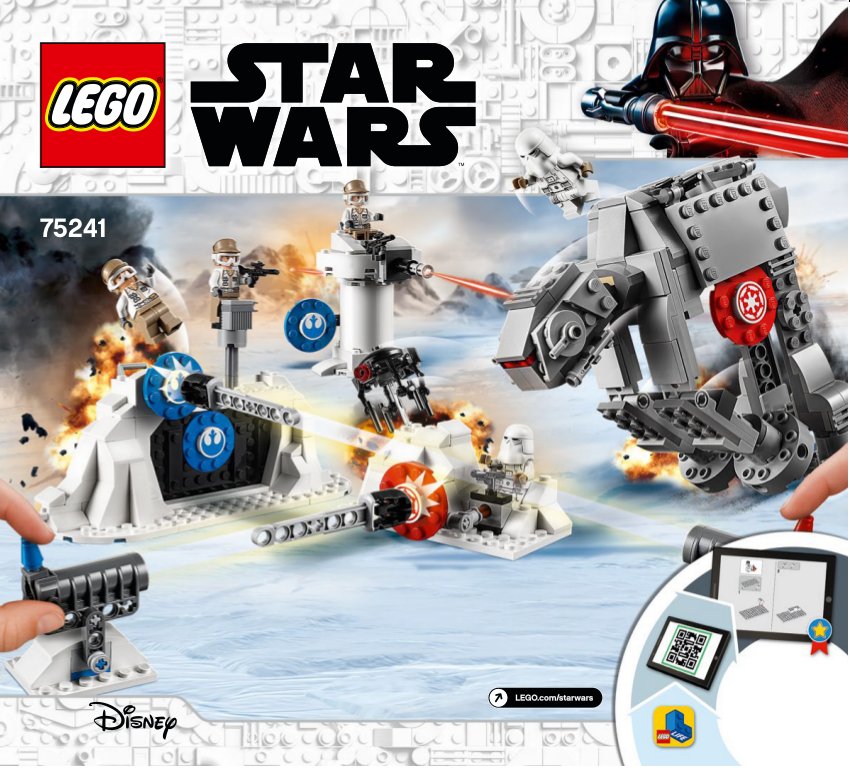 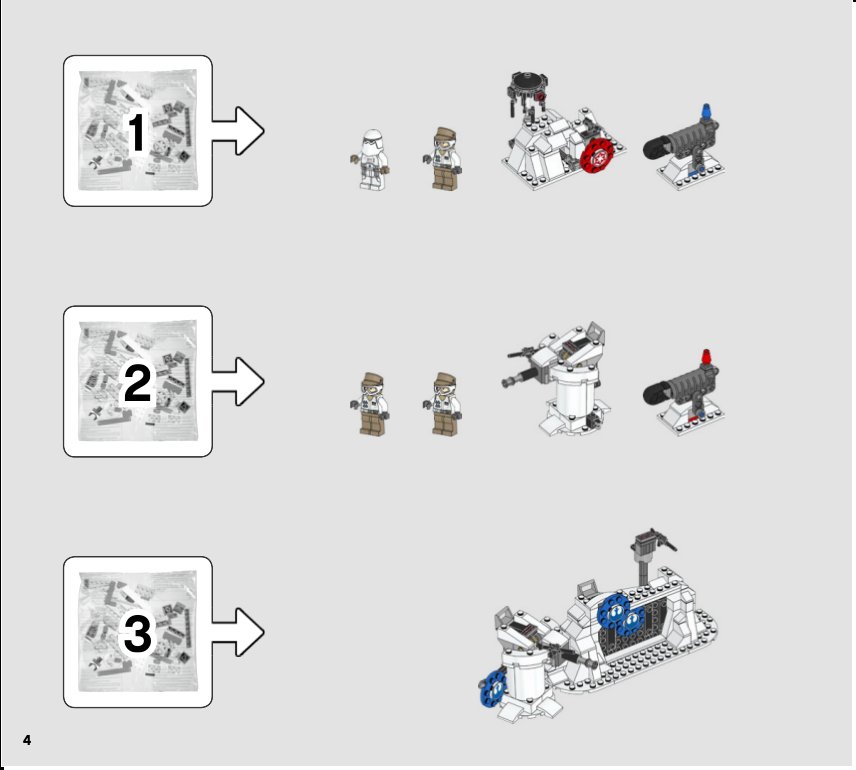 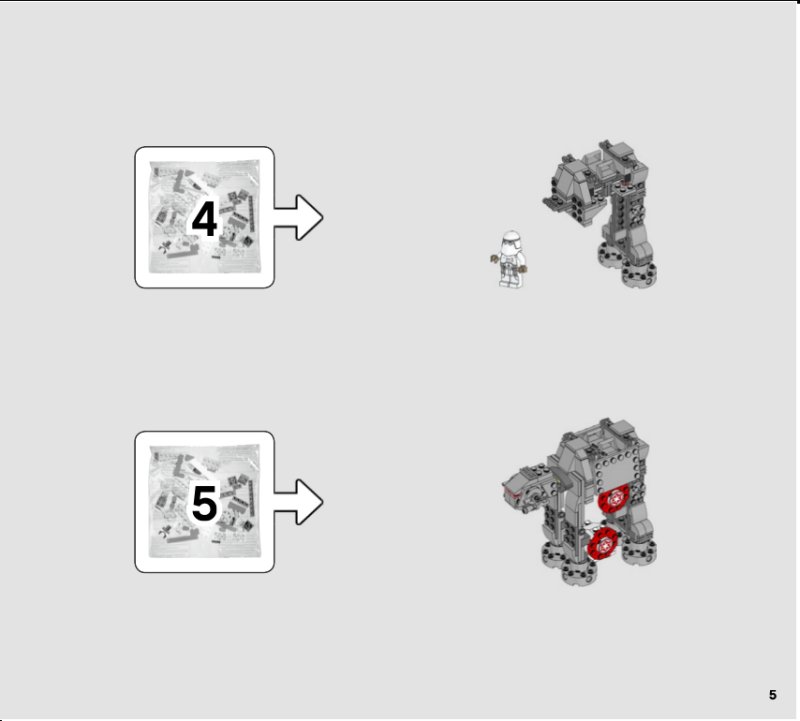 The pdf can be downloaded here.

The set contains 504 parts and 11 spare parts, in 14 different colors, and 28 different categories, with a total of 192 unique parts/color combinations. 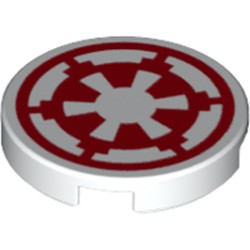 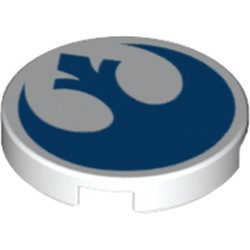 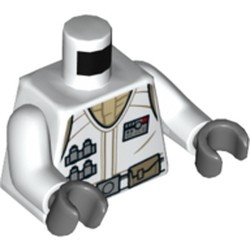 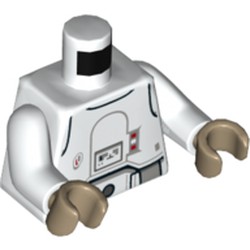 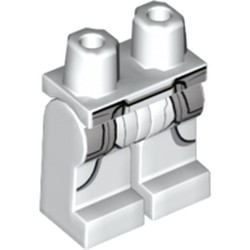 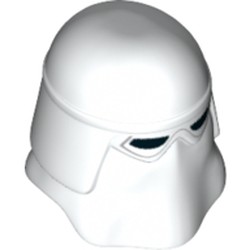 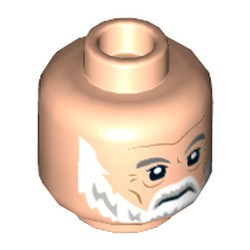 There are 2 identical Stormtroopers in the set, along with 3 different Rebel soldiers. 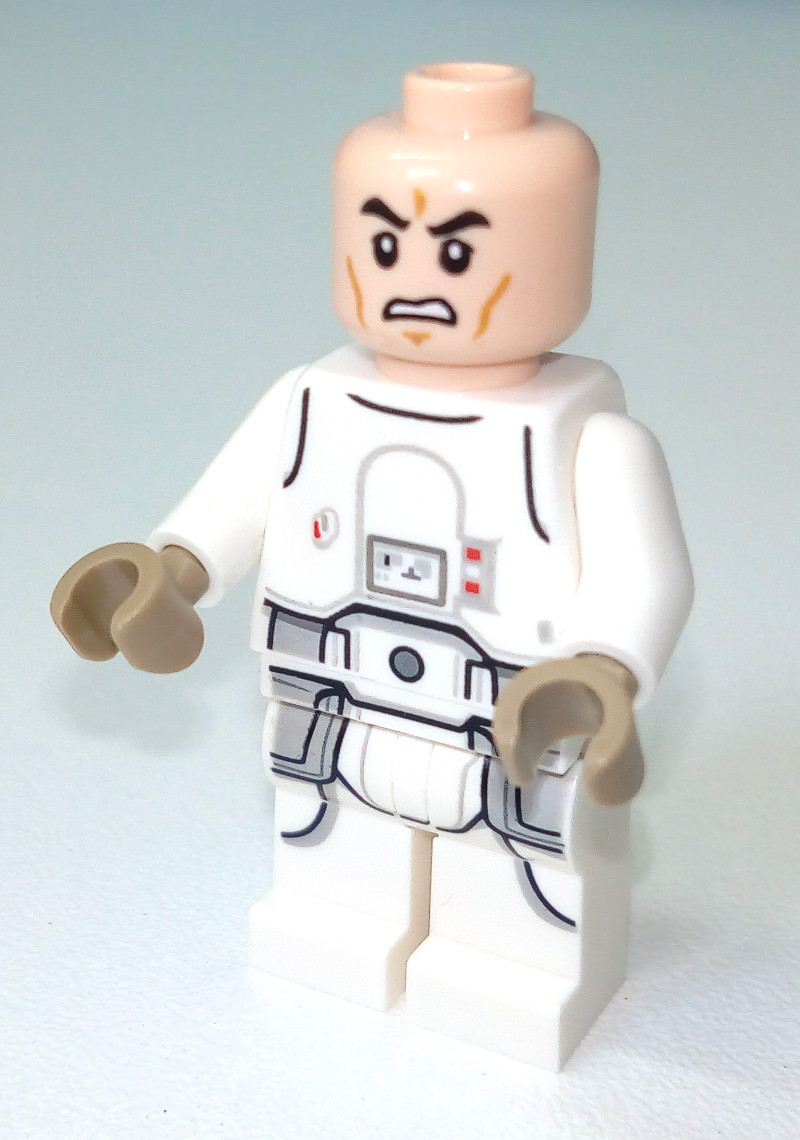 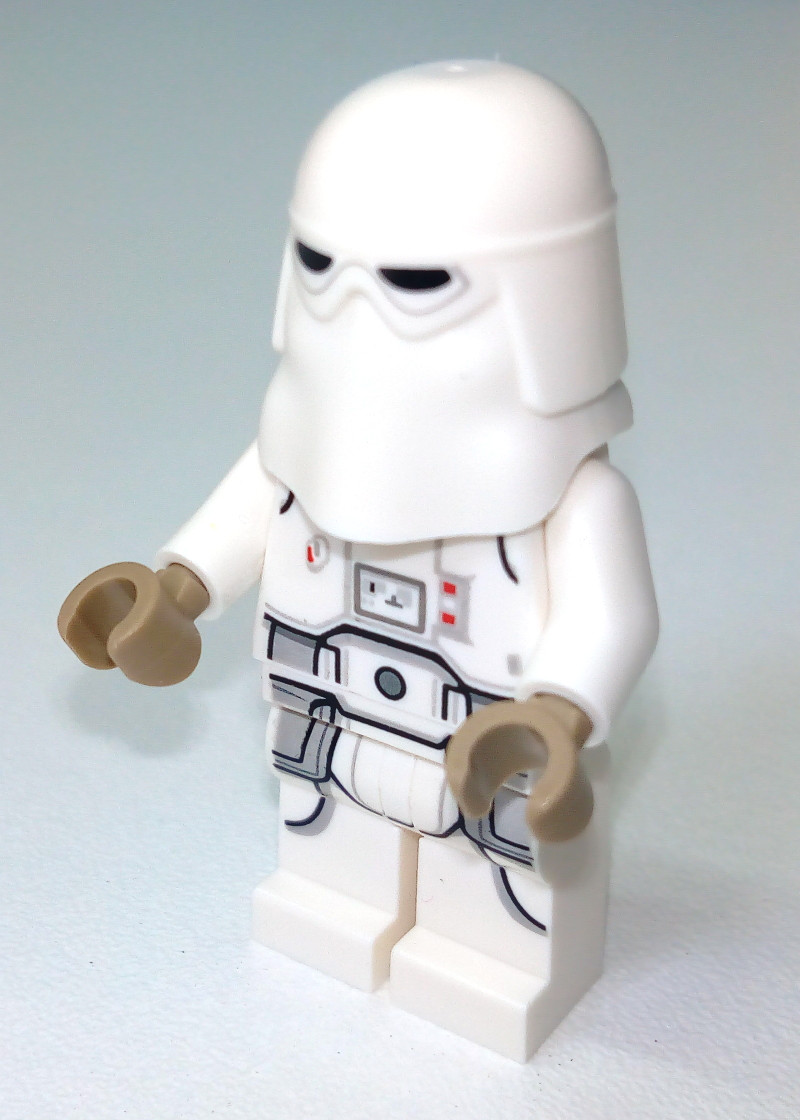 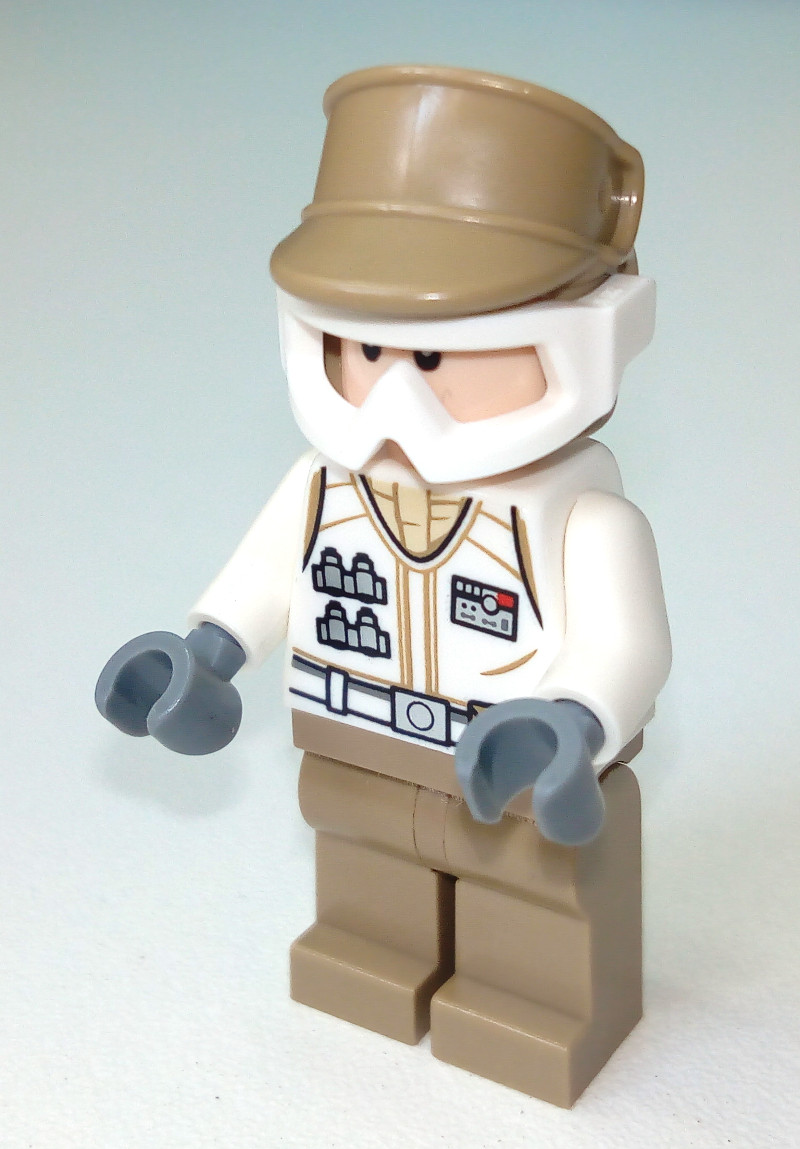 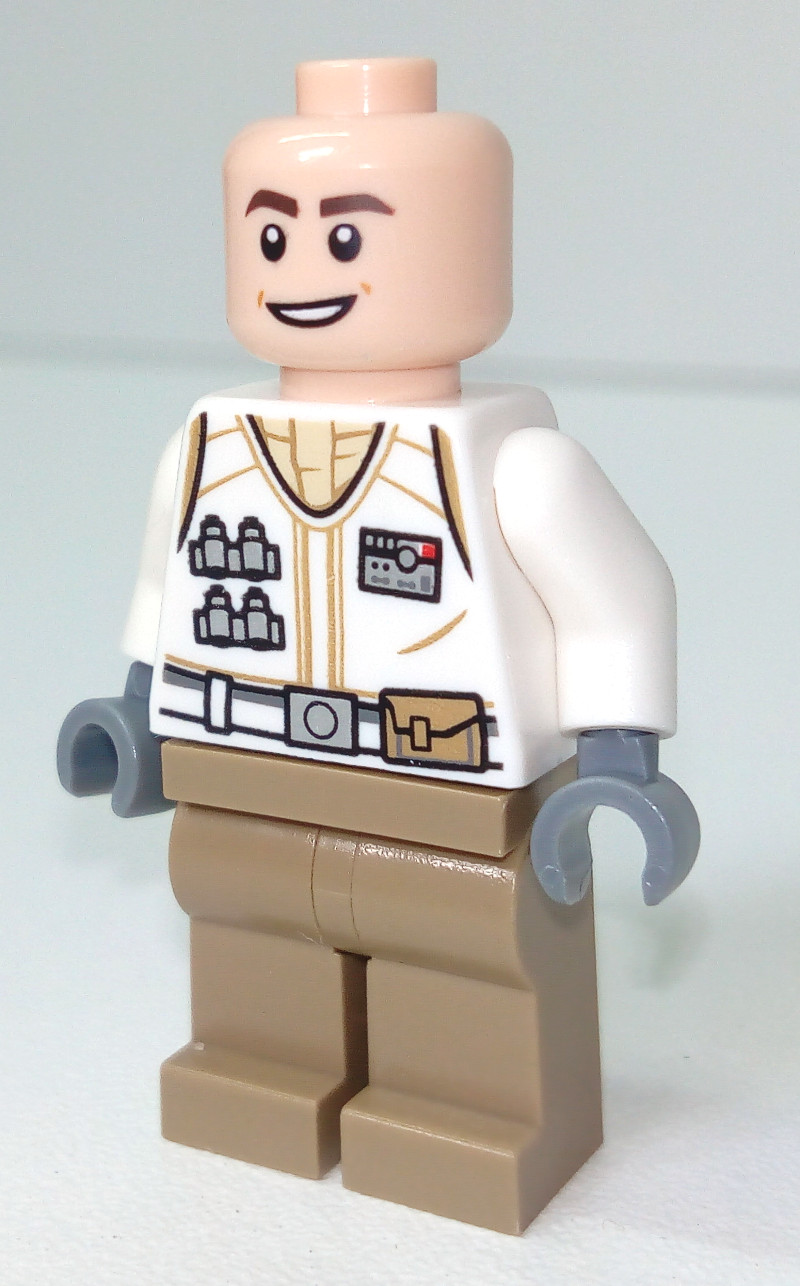 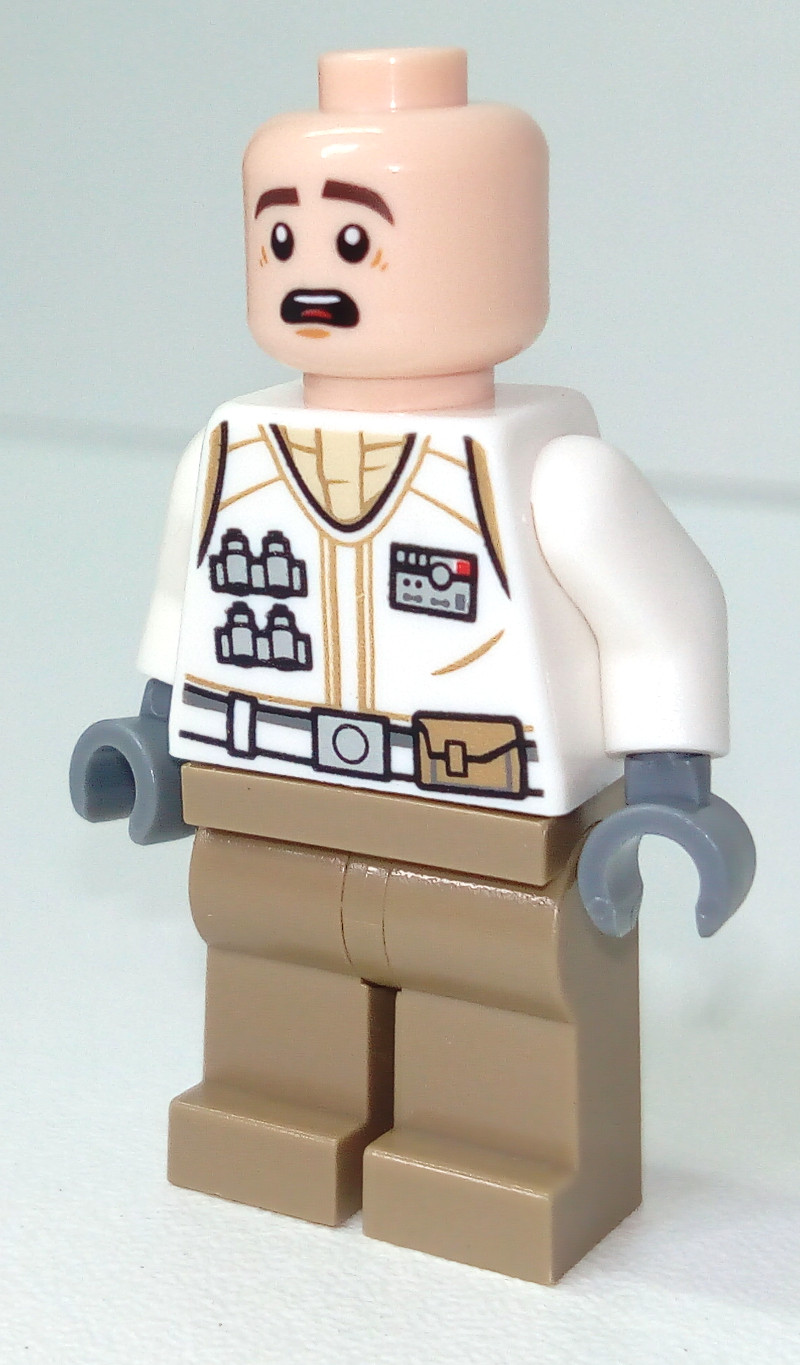 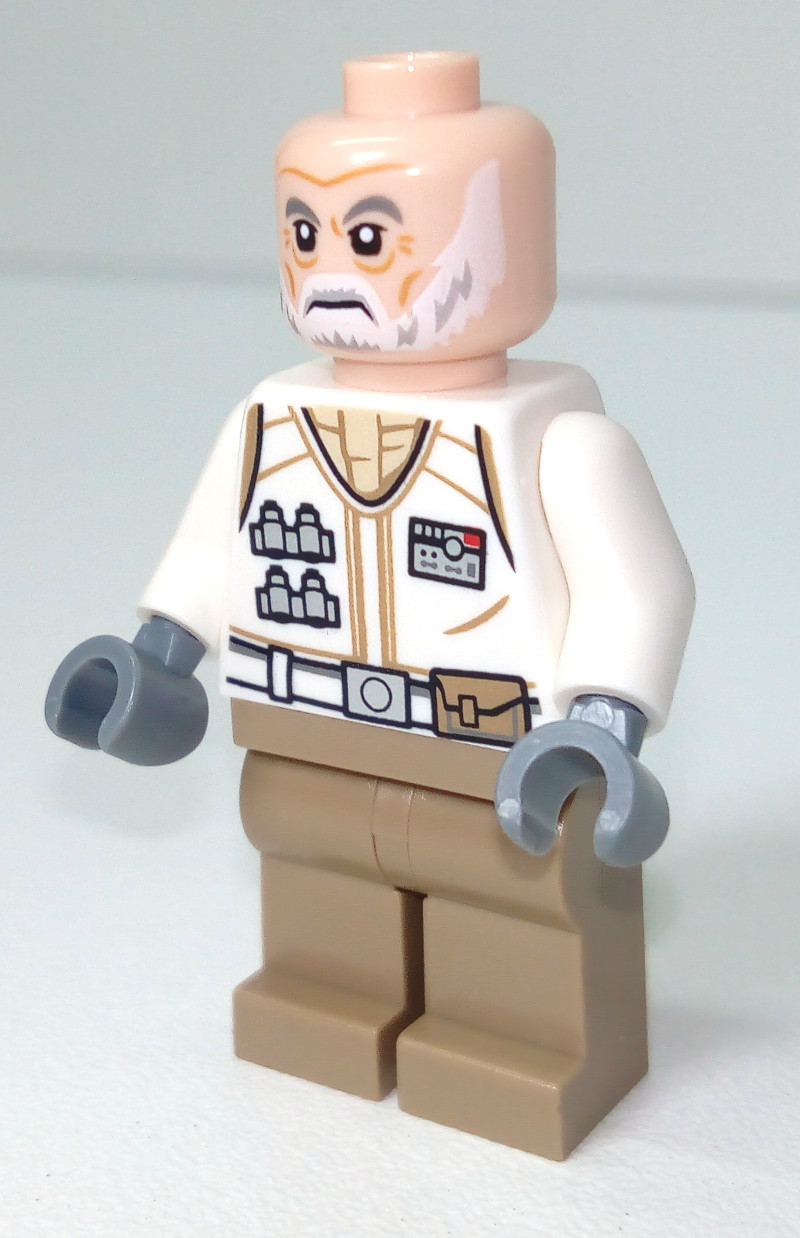 Bag 1 builds a Imperial Droid and Stormtrooper behind a icy wall. There is a clever technique used to trigger both the Stormtrooper and the droid in 1 shot. Unfortunatly this requiers a perfect shot to function properly. 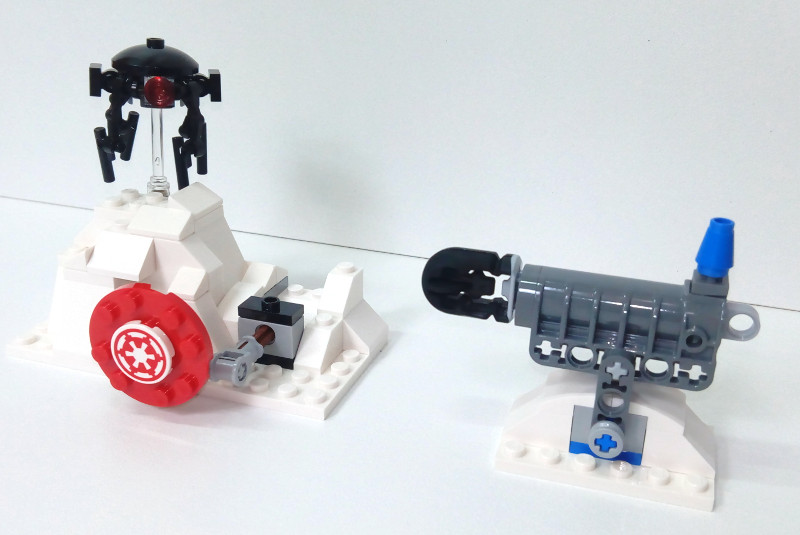 Bags 2 and 3 build the Rebel stronghold, with a large cannon and a door. 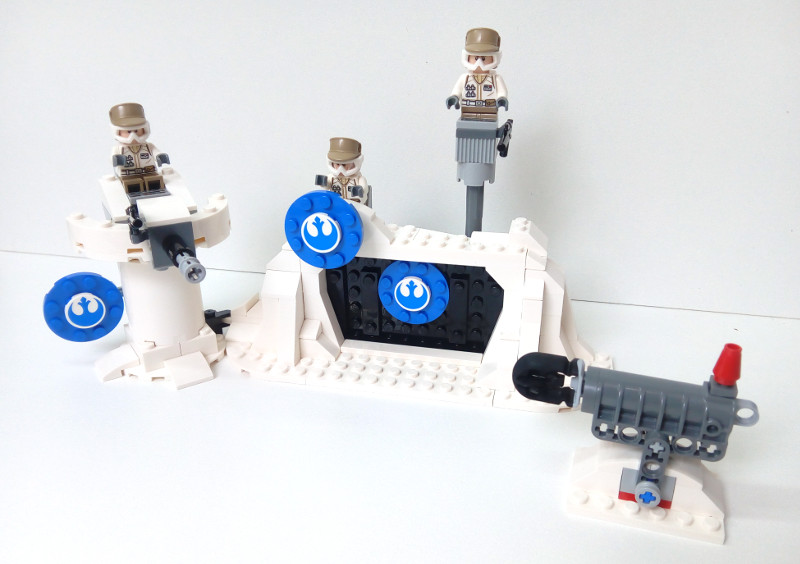 Bags 4 and 5 build a large AT-AT. This is my favorite part of the build. A shot at the top target launches the Stormtrooper. A good hit on the bottom target shoots the white ice back, making the AT-AT collapse. 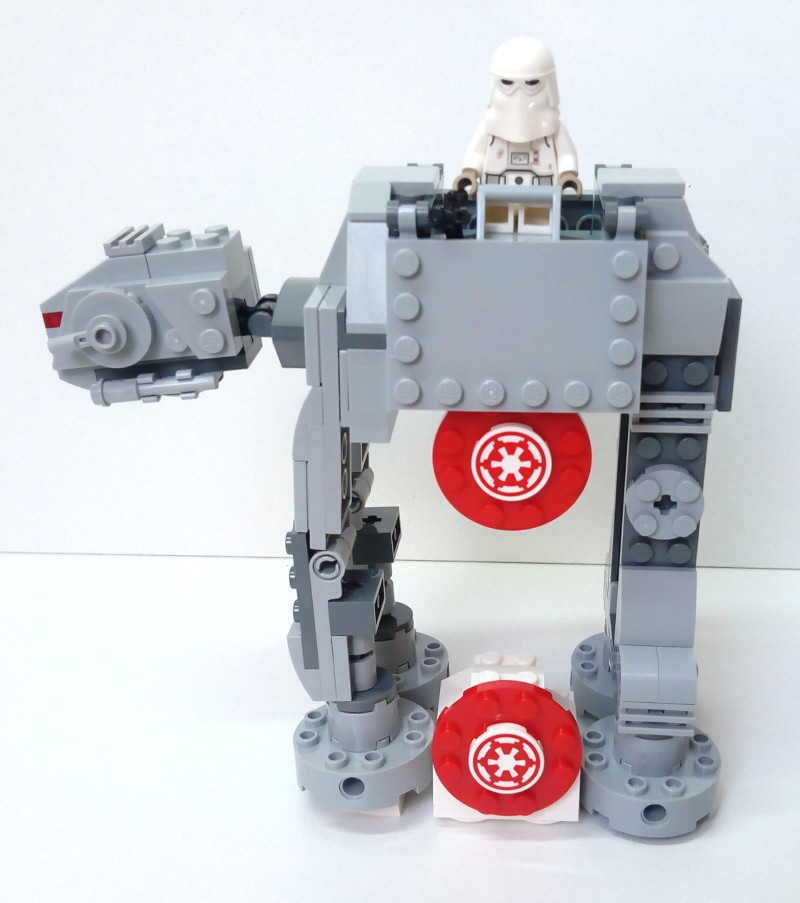 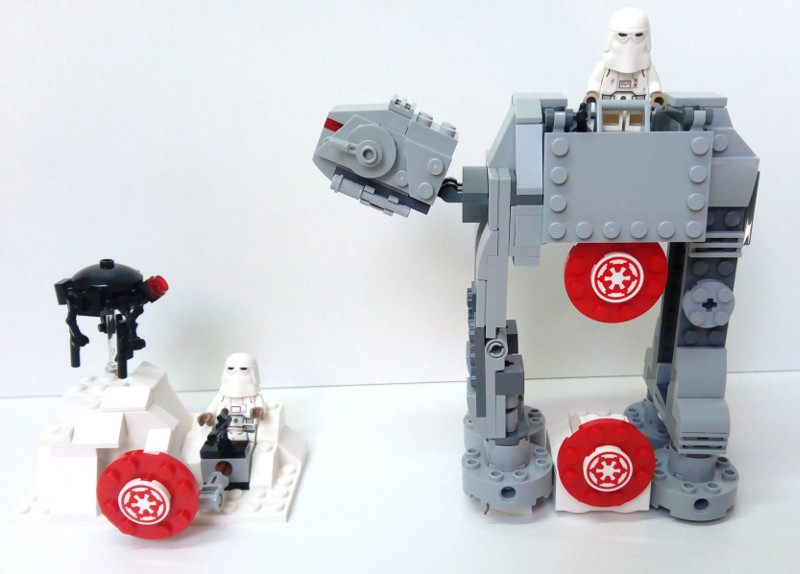 The Battle in Action...

So, does it work? From a design standpoint, this set is a bit underwhelming. Design is clearly not the main focus, but that was to be expected. From a function standpoint this works very well. I've let my daughters (7 & 9) play with it for a while, and they really like it. It soon turned into a Red vs Blue battle, where they created their own point system. I would say that that is an succes.
In general, my advice would be: Start them young with the 4+ sets, like the 75237-1, and when Swoosh factor alone is not enough anymore, hop over to this series. Before you know, you'll have some Star Wars CFOLs in your home. 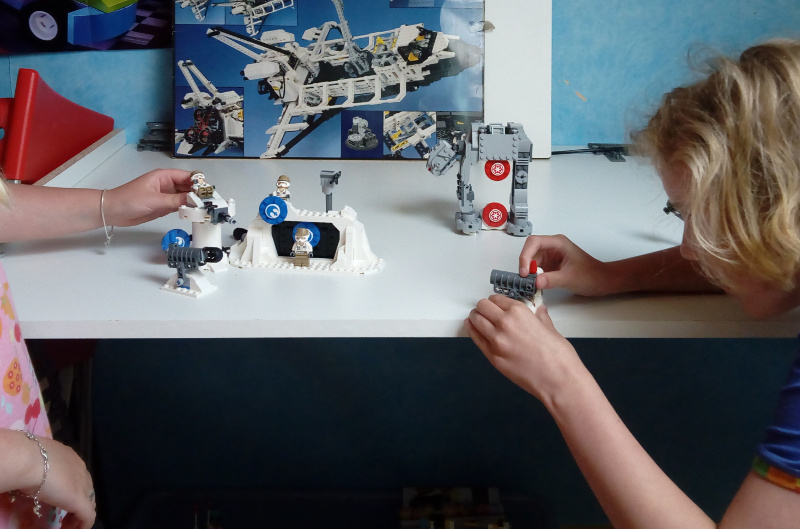 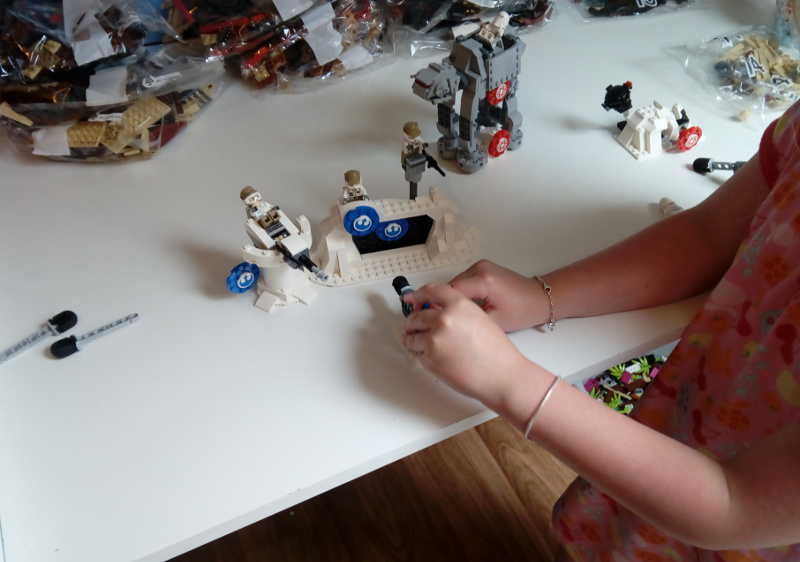 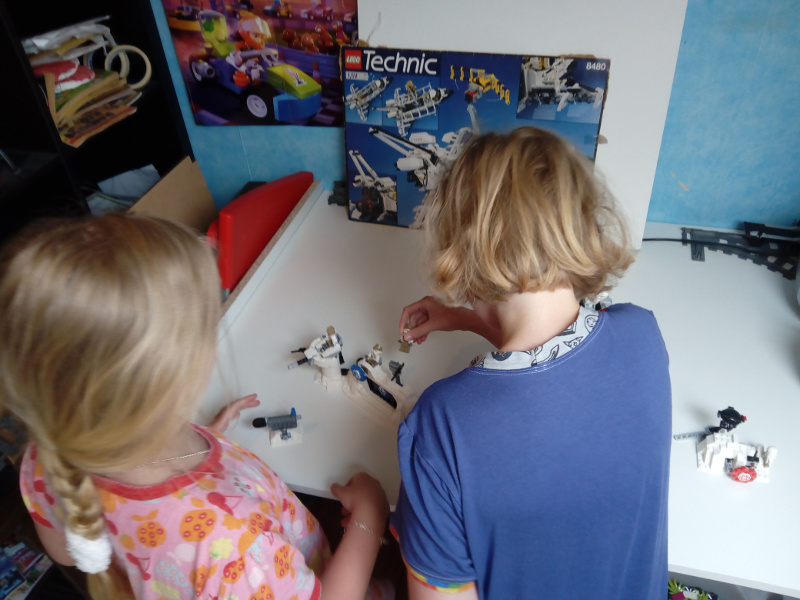 Disclaimer: This LEGO set was kindly provided for review by The LEGO Group. Anything said in this post is the opinion of the author and not The LEGO Group.
Parts- and build photographs by Tobymac (© 2019 Rebrickable)