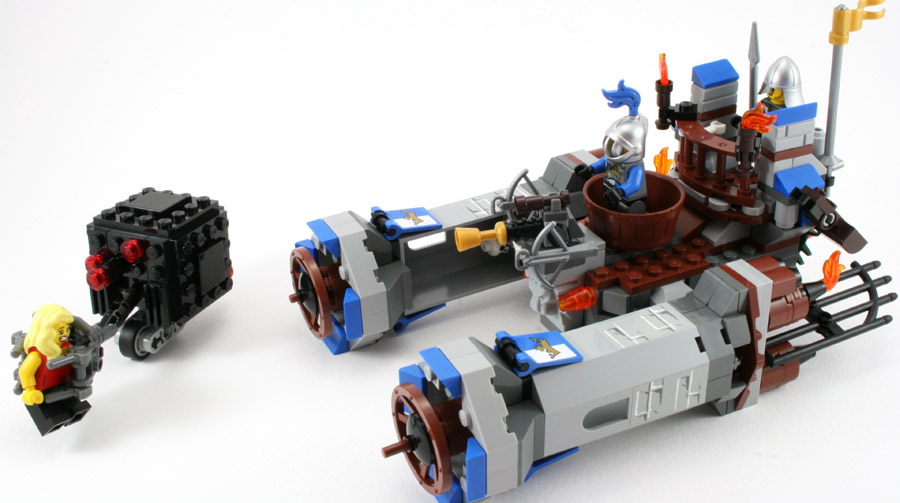 Here we have another of the 2-in-1 sets, this time in a Castle theme. The idea of a medieval themed Castle transforming into a flying war machine is interesting, and since this is the LEGO Movie theme anything is possible :)

Inside the box we have:

There are 423 parts in this set, as shown in the full inventory. I didn't notice any new parts or colours in this set, although perhaps the knight's helmet is new?

There are three minifigs - Sir Stackabrick, Gallant Guard and Sharon Shoehorn. The damsel in distress has two faces as per a lot of the other sets in this theme. Book #1 contains the Micro Manager. While they are all quite similar between the various movie sets, they tend to have a distinguishing feature. This one has wheels which are retractable into it's body. I guess that puts it into flying mode. It's claw is pretty cool with four clasps that can grip a minifig quite easily.

Book #2 builds the minifigs, slingshot cart, external lamps and castle gate. Strangely, the images on the box don't match the set exactly. The instructions use two 2x6 plates to create two separate lamps, whereas the boxart only shows a single plate with two lamps on it. I guess it was a late change that never got updated in the artwork. The castle gate looks pretty neat, and the build is straightforward. The gate can be locked with a piece that drops into place to hold the two halves together. The two towers on either side can be used for minifigure placements, although it was a bit squishy with all the weapons in place. The un-numbered book builds the transformed castle flying machine. You need to disassemble everything except the Micro Manager to create this. Frankly, I preferred the castle gate and wish I had swapped the order of building this set. The completed build is a bit awkward to handle, as it's covered in little parts sticking out everywhere. The two main engines(?) of the machine are attached via a single Technic axle each and so wobble a bit when you hold them. I like that the normal flick-fire missiles are instead connected via a long axle to the back and you can push the two red axle joiners to fire them. The only problem is trying to hold the build in such a way as to push them without breaking something else. The same goes with the catapults attached to the rear, and their ammo which is piled up in the cockpit. They are not very effective and you tend to shoot your own ship, or break it in some way while trying to fire them hard enough :)

I guess I was a bit underwhelmed by this set, at least the transformed flying machine. The actual castle gate looks nice and is quite playable. It complements the 70404 King's Castle set quite nicely, with the same colour scheme and scale (sorry didn't think to take that photo before disassembling it).

The following video can be found on the LEGO product page for this set:

This set is now available for sale for USD $29.99 via Amazon, eBay, LEGO Shop, or check the country specific links on the set's details page. Note that Rebrickable earns a small commission on any purchases made via these links, and we appreciate it when you do :) 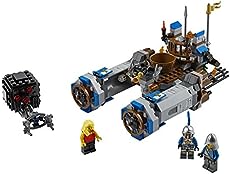 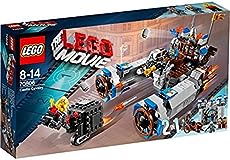 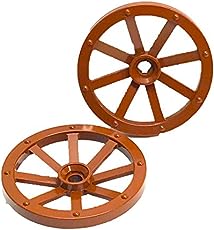