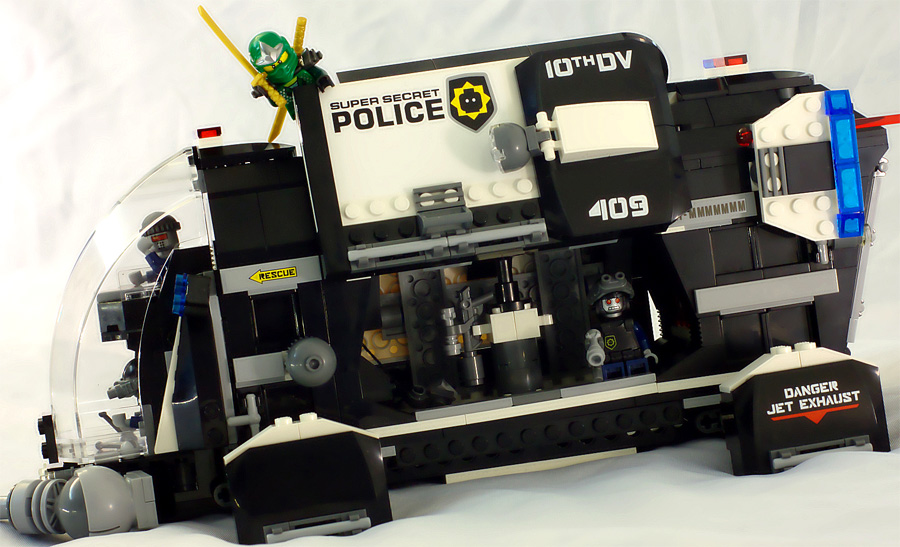 Hello it is me again. If you don't remember me. I was the guy who did the Emmet's Contructo-Mech review some days ago. So without further talking lets get started :-)

There are 851 parts in this set, as shown in the full inventory.

Sadly the Sticker Sheet was not supplied with an cardboard. So my sticker sheet was crinkled and one white “Super Secret Police” sticker was on one of the booklets. First time I had this issue with an Lego set. All stickers were still usable and the misplaced police sticker could be removed without harm but it was a bit of a letdown. Odd - the smaller 70814 had a cardboard - still room for improvements right?! In total we have 7 Minifigs in this set. Yes SEVEN! Compared to other sets in either the same price or part range it is hard find more of the little guys in a single box. Impressive!

But size doesn't matter. It's the technique, so what we have here? Four Robo SWAT guys in total all using the same legs and body print. Even through everyone of them has an unique look by using either a still rare SWAT armour vest, one of two head prints or a special headgear. I really like the goggles introduced this year giving the police man … eh robots a 'special ops' appeal. Yes you could argue: Why does a robot needs night vision googles? Because it looks cool!

So next to the four bad guys we have Emmet (our Lego Movie hero), Lloyd (the Green Ninja from Ninjago theme), Johnny Thunder (main protagonist from Adventures theme) and of course Batman! Emmet in this set is the most common variant with the red brick on his back. Lloyd is the reappearance of 2012 Lloyd ZX version with two gold katana blades on his back. The guy how came up with the shoulder parts for the two swords is still a genius. Then we have Batman and my absolute favorite Johnny Thunder. The hero of the Adventures series starting in 1998 over 15 years ago comes back with a new print for both head and body. Johnny shows the production improvement Lego going through the last years. New black outlines here and there matching perfectly on the torso, white pupils for more 'real' look, overall accurate printings of different color – to name some of the improvement I can see. On top of that the reappearance of the hat last time produced in 2003 and first time in reddish brown!

After building Emmet and Batman from the fist bag we turn our attention to the dropship. Starting with the base of the vehicle using some technic bricks. Adding two gearbox pieces to assembly the thruster mounting points. The construction is quiet interesting if you never have build a four wheel drive train of a technic set before. This construction missing a differential but adding a kind of stopper to both axles. If build to this point it's possible to turn both axles 45 degree with the small black gear Emmet is inspecting in the picture above. The first bag also contains a title receiving the first sticker of the sticker sheet. While I'm ok with the most of them, I would have preferred the instrument sticker as a printed part. With the second bag the other cockpit is assembled over the first one. The tandem cockpit in my opinion an adaption of a military helicopter like American Apache or Russian Hind. According to the instruments of the dropship the position of the robot crewman is reversed to the real world role models. The pilot in the fictional model should take a seat into the front, while the gunner goes into the 6 bricks higher spot. The second bag also contains the attachment points of the for the side doors, the laser engraved title with a bonus for the Lego move video game and winch construction behind the cockpit. The sting attached to the winch enables two of the police robos to abseiling from a flying dropship. While the unroll or furling can be done with the droid head on the left side of the the vehicle an clever locking mechanism for the string is on the other side. So you could unroll the string to a certain point apply the lock and the weight of a minifig can't pull more string from the winch. But it is possible to furling the string with the police robo without releasing the lock. Clever detail! With the third bag we switch to the second instruction booklet. The roof of the dropship is added, both side doors and the rear door are build and attached to the frame. The side doors swing smoothly open. It is a nice feature but I would have preferred several snapping points. Without those the doors tend to fall close if not in the upper end position. Side node – Yes between us I applied both white police stickers wrong by mistake. I thought about switch after detecting my fault but was afraid to damage on of them. It doesn't look that bad and so the official version is: Yes my build is unique! Mine is special yours not! The fourth bag contains the remaining parts of the roof with both blue and red police lights on top. It also adds the turnable turret which Emmet imminently fall in love with. Finishing a lot of small details nothing special in this bag at the end. Bag five brings the rest of the minifigs. A bit late for my taste. My experience with kids building a set they already playing alongside finishing the constructions. Don't having a 'bad' guy until now takes away some of the possibility. In addition to the content of the bag the trans-clear windscreen is used to finish the cockpit. Also both main guns are added to both sides of the cockpit. Those guns can be adjusted separately in all three direction. Alongside smaller additions like weapons and panels the bigger parts goes to the trans-red cage for the prisoned green ninja. The cage is loaded in the back of the dropship and fits nicely. The last bag containing the boosters which are added to the mounts built in the first step. The construction itself is a bit boring because every step has to be done four times. I don't understand why the most boring step is done at the end. Even worth if the axles aren't angled properly it is necessary to remove parts from the base again to adjust one or two of the tan gears in the gearbox. From my point of view this should have be done before completing the frame of the ship. Both spring loaded ammunition are added to both sides in the last instruction step. Those new introduced parts replacing most of the flick missiles used before 2014 across the product board. The new missiles are lighter and the spring adding more punch increasing speed an reach compared to the old counterpart. It is easily possible to fire missiles 2 to 3 meter. I think kids will love it, parents maybe not that much ;-) To be honest on the first glimpse of the set I wasn't overly excited. Also the build doesn't bring up a lot of never seen features. Yes the winch was nice and construction overall easy but the end ruined the overall experience. Ending with an low instead of an high isn't a good move.

BUT after completion the fun starts. The construction is solid. Pick it up on the door, on the frame or hold it on the base it is not an issue! Kids and also adults (still kids in there hearts) have tons of options to play with. Every side has at least one 'thing' to change. Adding seven minifigs to the mix the playability is nearly endless. Ninja, a 18 century style adventurer and batman next to the Lego movie hero. What scenario you can't setup with this? On top the set is a good starting point for an police army builder with a squad of full equipped robos!

This set is now available for sale for USD $79.99 via Amazon, eBay, LEGO Shop, or check the country specific links on the set's details page. 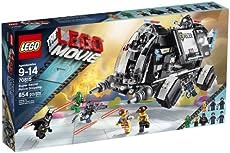 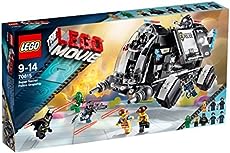 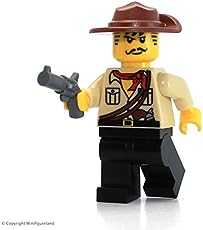 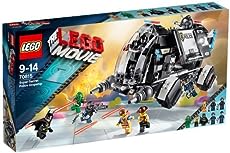