In that moment my unspoken (and possibly foolish) answer was, "Well, yes, I could design a Batman Tumbler for him. It'd make a great Christmas present".
Thus began a quest to design a child-friendly, playable build that became a 3 year mission. These models are the result.

The first vehicle is the classic Batman Tumbler. This was the starting point for this project and where it all began, not just for me and my son but for the whole "Dark Knight Trilogy" itself. The Tumbler
is a two-seater and designed to echo the ‘feel’ of the film vehicle, featuring a raked front profile with angled forks, a hinged roof and a triple rear wing, as well as dual machine guns at the front.

The second vehicle is the Tank Tumbler, as featured in the final film of the trilogy, "The Dark Knight Rises". Along with the forks, opening roof and machine guns, it has the Tank Tumbler's distinctive turret,
complete with a side-ways mounted, raiseable arrow shooter. A thumbwheel on the side moves the turret into position, whilst a hidden worm-gear provides the resistance to allow the shooter to be fired.

The vehicles are designed to be fun to play with, as well as interesting to build. Both have SNOT details and make use of Technic pieces to allow for non-standard spacing and angles. Each vehicle features rear wheel hub-cab details, side air brakes/scoops and an 8 cyclinder-esque engine block with jet exhaust.

Note that there are two parts missing from the LFX file - these are the Hub Caps - 18978 and the black studs - 6141 that go in the rear wheels. Unfortunately, LDD still doesn't list the Hub Caps, so these assemblies are not in the file.
You need just one pack of 18978 for all 4 of the 5 spoke Hub Caps and 4 x 6141 (2 for each vehicle). I have added the relevant parts into the inventory list though.
Finally, the Tank Tumbler roof hatch in the LXF file is slightly different to the one in the photos - the LFX uses 1 piece less (4x4 Reddish Brown plate instead of 2, 2x4 Dark Tan plates) and the wing and 2 x 2 corner plate have been changed to Dark Tan instead of Reddish Brown to compensate for the increase in Reddish brown on this section.

Thanks for looking and I hope you like the designs.
Login to hide ads! 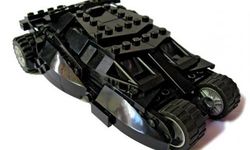 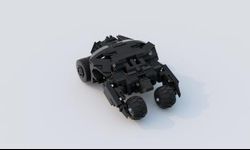 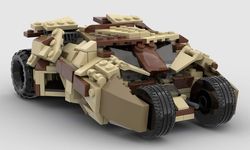 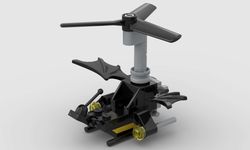 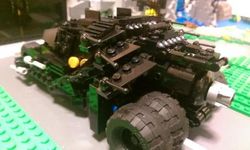 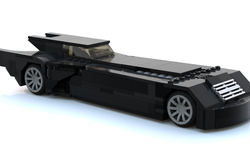 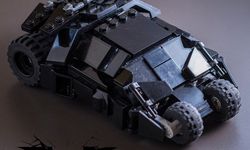 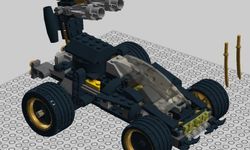 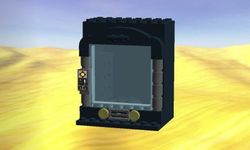