My first attemp at LEGO Technic MOC.  This started out when I wanted to build https://rebrickable.com/mocs/MOC-15827/stealther23/tdawg/ having only parts from 9397 Logging Truck at hand. Eventually I kept only the "walking chasis" and instead of a dog I opted for a deliberately over-the-top design.

The creature is probably best described as multifunctional military armored bug with integrated prison. It features:
- two heads: first (at the top) with fixed eyes and horizontaly oscilating mouth, second (below) with circularly oscilating eyes (actually the entire head) and mouth
- two "rocket launchers" instead of hands
- "cannon" instead of nose
- moving 6-legged chassis
- pair of mandibles connected to chassis, driving the oscilation of both the cannon and the upper head (via connecting shaft)
- 2nd generation sensor for detecting obstacles
- mobile prison which oscilates a little as the bug moves (much to the dismay of the prisoner)
- control platform which surprisingly rotates around its axis (much to the dismay of the warden-driver - although he manages to keep cool looks with his sunglasses always on)
This MOC is an Alternate Build of 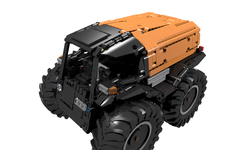 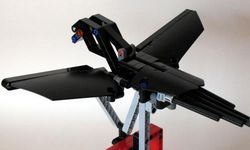 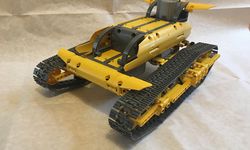 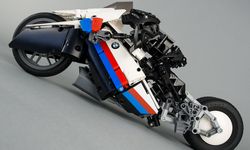 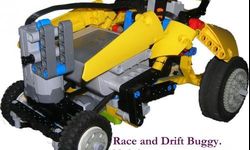 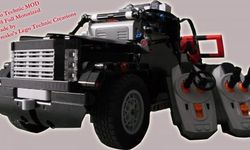 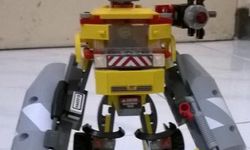 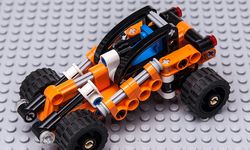 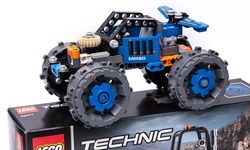