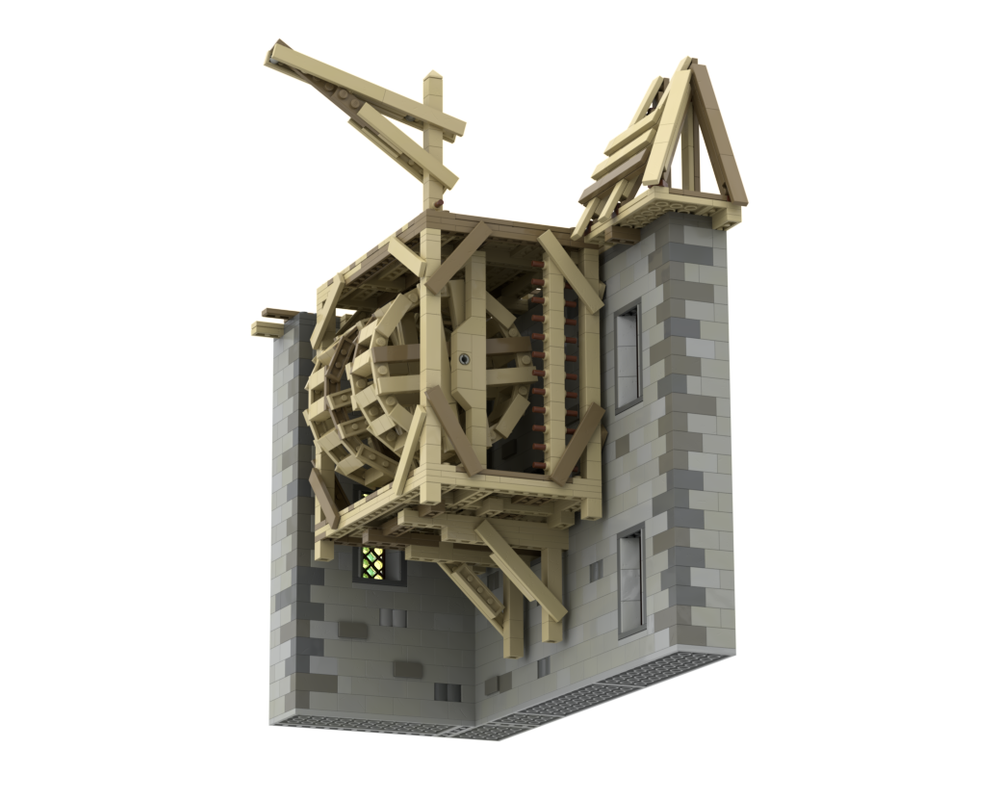 The MOC was aimed to be used as a tea cooker. The crane is driven by an step motor. Atmel microprocessor controls the motor and handles the timing. The time selector resemble sun dial. The crane is able to lower a tea bag, rinse it every minute and lift it up when time is up.

When I was preparing tea usually one of my kids disturbed me, I could not take out the tea bag at proper time and the tea was infusing for too long. So the tea cooker was a solution. Such a tea cooker could be made from a few Technic pieces, but it would be too simple...
The structure of the MOC is stable, however to be able to lift up 200 g of wet tea sieve with tea, I had to use a Kragle for the mast, boom and crane cage. Also step motor is kraggled to an axis.

The render of the crane without electronics:

Pictures of the MOC with all electronics:

The real replica of the wooden crane on the castle Točník:

Use BrickLink's Stud.io to open these files. 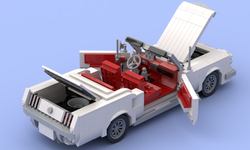 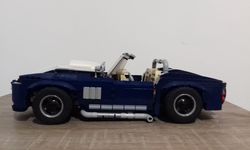 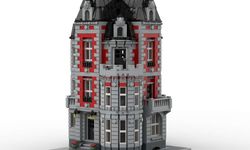 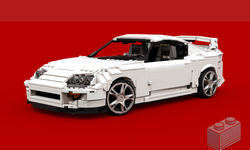 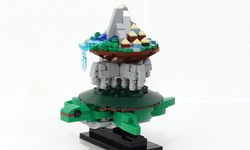