Alternate #15 for 31058 - Wyvern
The wyvern is a mythical creature resembling a dragon, but without front legs\hands and with a scorpion's stinger.  I think it is accepted that it is also generally smaller and less intelligent than a dragon. My D&D lore is quite rusty, so do check me on all this.
The jaw opens really really wide, the neck is a little stiff, but the tail is prehensile, and wings flap and can also fold. The legs only have hip joints, and end in a double claw.
This model utilizes several techniques, particularly around the head and claws. These techniques are , not to put too fine a point on it, not very sturdy. However, the pictures show that the model can be stood up, balanced and posed without problems - so I guess it is more a model to make pretty pictures with. For example, the wyvern tried to hunt my cat. It did not end well for the wyvern
There are no instructions for this, because my Stud.io kept crashing around page 10. I sent the error report to Bricklink. However, the IO file already has all the steps and page design laid out, so you can build from there, and who knows, perhaps the instructions will compile on your machine.
Enjoy!
This MOC is an Alternate Build of

Use BrickLink's Stud.io to open these files. 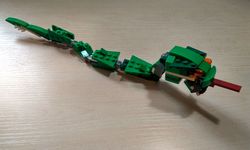 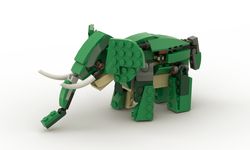 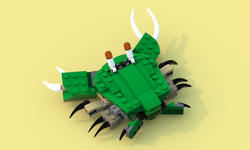 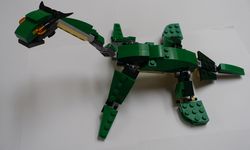 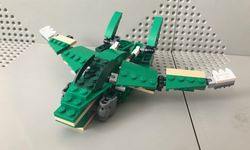 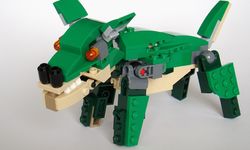 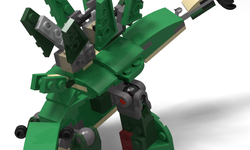 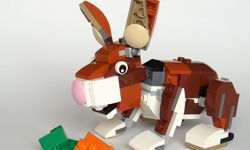 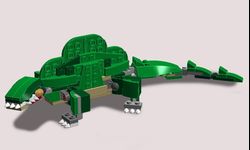 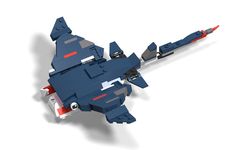