I was fascinated by the house designed by Mies Van Der Rohe for Germany at the Barcelona Universal Exhibition in 1929, especially by the work of proportions and mathematics. So I had to make a LEGO version!
I went and found the original floorplans and tried to stick to them as much as possible, for example by having the same number of tiles on the terrasse as in real life, using the tiles to adjust the space between the sustainment columns, etc. I used TECHNIC axes to represent the cross-section columns.
The most complicated was the slab of marble in the main room, and I think is works for LEGO 1x1 plates, but maybe a sticker would be more accurate.

The roofs are movable. The small house at the end of the pool was initially conceived by the architect to be a service annex. It is now a bookshop for tourists, so I've added the bookshelves and cash register. I was also happy to include the original furniture, the chairs were also famous on their own.

You can find more info on theis amazing work of art here: https://en.wikipedia.org/wiki/Barcelona_Pavilion

The project is big when finished (2800 parts), and requires two large plates and a small one side by side. I added Technic pins to be able to separate them for transport. 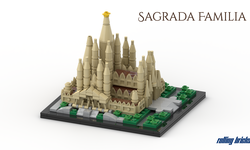 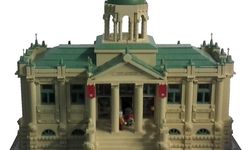 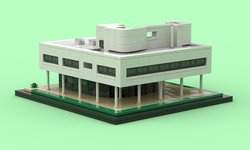 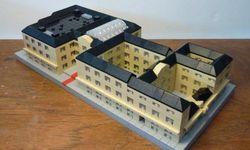 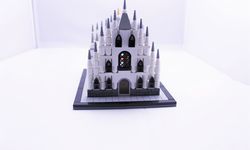 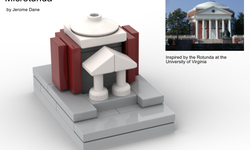 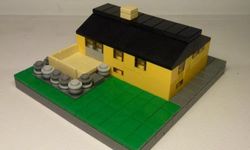 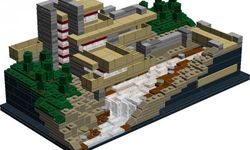 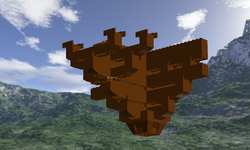