If you're building the Lego Grove GMK 6400 Mobile Crane, there are several options of linear actuators to raise the boom.

1. Use two standard lego linear actuators. These will not be able to raise the boom much above 45 degrees due to their limited extension size.

2. Use two non-lego 100mm Firgelli actuators. This should yield performance much superior to using lego actuators, but still not be able to raise the boom close to vertical. Availability may be limited, they may be expensive, and you will probably need to do some electrical cable splicing.

3. Use a 3D printed linear actuator such as one from Efferman. This looks realistic and sleek. You will need to use Efferman's superstructure design and possibly paint the actuator.

4. Build a linear actuator from lego. Using this approach you should be able to reach a very realistic near vertical boom angle and stay true to 100% lego parts.

With option # 4, you will need to make small modifications of the boom attachment point, as well as the superstructure. The extra parts for these modifications are at the end of this description. Please refer to the instructions PDF for details on the boom attachment modification and the superstructure base modification to allow mounting this lego linear actuator. The superstructure version I used is from GroveGMK400-MKIII. The main difference of this superstructure is that it is intended for use with the firgelli actuators and it does not contain the L motor (used for boom raising) at the rear when used with standard lego actuators. Using this lego actuator out of lego parts, the L-motor resides inline on the same axis as the actuator.

When I built my GMK6400 I did not want to use the standard lego linear actuators due to the poor boom angle, and the firgelli actuators are both expensive and out of stock. So I came up with this actuator with the main goal of lifting the boom very close to vertical.
The idea of using a lego linear actuator has been floated around for some time and used in cranes such as Shineyu's giant cobile crane. This actuator uses the same basic gear rack design and is made to fit the Lego Grove GMK 6400 mobile crane.

The instructions and parts list here are for the linear actuator only. The GMK 6400 MK III Mobile crane is here http://rebrickable.com/mocs/motomatt/grove-gmk6400-mobile-crane

If you're building using the instructions for the GMK 6400 MK III with firgelli actuators you will need the following extra parts to modify the boom to fit this linear actuator:

and the following extra parts to modify the superstructure: 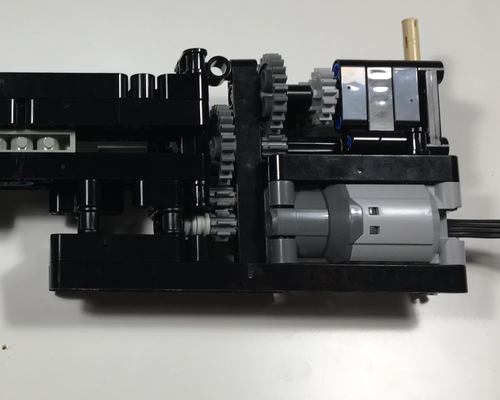 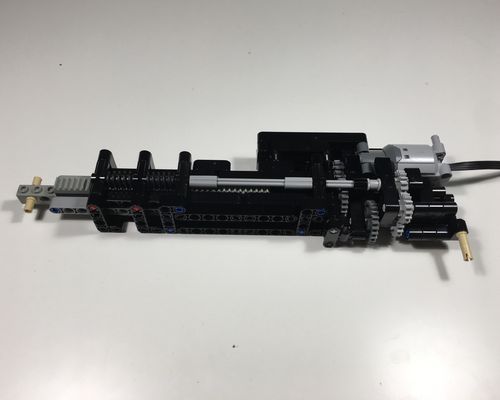 by dunes
Login to hide ads! 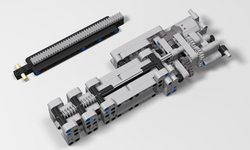 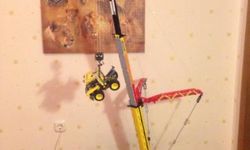 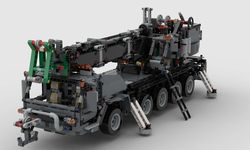 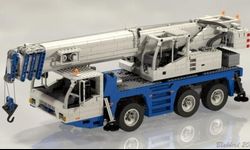 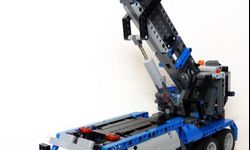 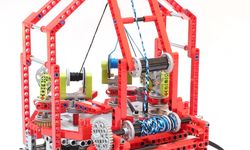 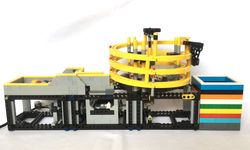 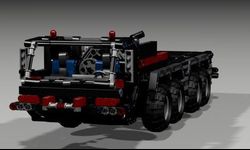 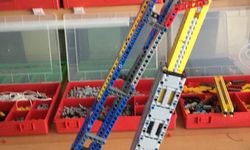 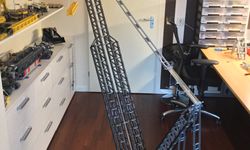