A jovilabe is a mechanical model of Jupiter and it moons – in this case only the four largest moons (aka the Galilean moons) are depicted.  All four moons revolve around Jupiter at ratios similar to that in the real world.  Relative to Io, Europa takes twice as long to complete its orbit of Jupiter, Ganymede takes 4 times as long, and Callisto takes about 9.4 times as long to finish its orbit. (Note: the real Callisto takes 9.43 Io “days” to orbit Jupiter, our Callisto takes 9.38 Io “days”.) This model does not attempt to demonstrate
relative size and distance, and colors are approximate.

The overall inspiration for this project comes from the LEGO Orrery by JKBrickworks. Assembling, and operating (aka playing with) that model was so much fun, we were motivated to attempt our own LEGO creation.  After tossing around a few different ideas, we settled upon a related concept to the orrery – the jovilabe.

The temple used for the base of our jovilabe is (somewhat) based upon reconstructions of the Temple of Jupiter Optimus Maximus (aka Temple of Jupiter Capitolinus) from ancient Rome.  We kept our temple simple and streamlined as its main purpose is to hide the gearing and provide a stable base.  As an added bonus, it is pretty close to being in scale with minifigs.  If anyone ends up building this jovilabe for themselves, we encourage you to embellish/adorn your temple – add some friezes, statues, cornices, put some torches on the walls, etc. – have fun with it.

Jupiter is pretty much a Lowell sphere, though without a bottom and with a slightly flattened top (we wanted to demonstrate a little of Jupiter’s oblateness).  For space reasons (no pun intended) and because we already had gears off each side of both worm gears, we opted not to have Jupiter rotate on its axis.  If you are up for a challenge, there is one axle running up through the turntables that is not connected to any gearing.  You may need to add yet another layer of turntables and perhaps another worm gear (and remove the 4 x 6 brick under Jupiter), but a spinning Jupiter could, in theory, be incorporated.

Notes:
1)  Other than Jupiter’s Great Red Spot, we used red bricks/plates mainly for internal
structure and to help differentiate things in the build (and because red bricks
tend to be cheap).  Substitute whatever colors you want, are cheap, or are
readily available.
2) Yellow pieces (true yellow, not bright light orange) are optional.  They
are included in the build to help place other pieces properly.
3)  Sorry about the turntables and the quantity used - but these are the ones that worked
best.

Acknowledgements:
Jason at JKBrickworks (creator of the orrery)
Rebrickable(host of many MOCs)
Robert Munafo(LEGO gear ratio look-up﻿ [for Callisto, the others were kind of obvious])
Bruce Lowell(Lowell sphere creator)

As well as our plethora of suppliers: from BrickLink (Alamo City Bricks, Bricks on the Dollar, CALBrickLab,
Kentuckiana Bricks, Laugh it up fuzzball!, LDC's Toy Bricks & Blocks, LittleFigs,
NEXUS GM Brick Store, Plastic_Packrats_Palace, and starwarfan77), from BrickOwl
(AZBRICKS, Belgiumbricks, Bricksbythepound, JB Bricks and Pieces, the Hellmouth,
We Game to Please, and We Love What You Build), ebay user peggyoung, Bricks
& Minifigs, and ToyPro.com.
Login to hide ads! 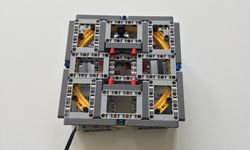 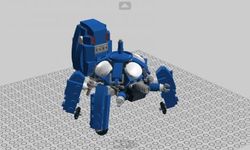 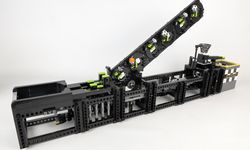 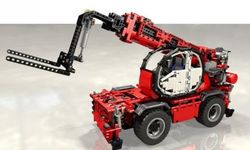 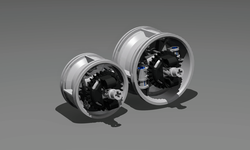 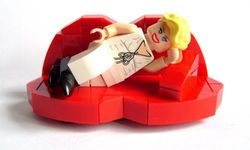 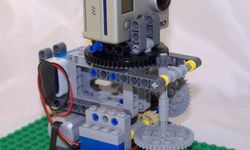 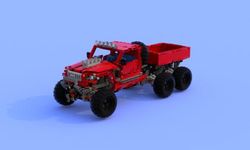 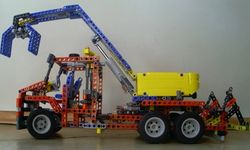