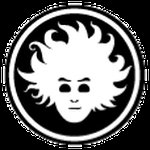 (There are 157 users from this location!)

Daniele Benedettelli is known worldwide for his LEGO® MINDSTORMS® robotics creations, his Youtube channel has more than 5 million views, and his robots has been demonstrated in several events and conferences, shown in TV shows (including RAI, SAT.1, National Geographic) all over the world since 2007.
From 2006 to 2012 he collaborated with The LEGO Company as consultant and programmer to develop the LEGO MINDSTORMS NXT e EV3 products for educational robotics.
He wrote three books to teach how to build and program robots:
- Creating Cool LEGO MINDSTORMS NXT Robots (Apress, 2008) includes JohnNXT, a replica of the robot star
from the 1986 movie “Short Circuit”;
- LEGO MINDSTORMS NXT Thinking Robots (No Starch Press, 2009) includes building instructions for a
simplified version of the world-famous Rubik’s cube solver robot LEGO RUBIK UTOPIA.
- The LEGO MINDSTORMS EV3 Laboratory (No Starch Press, 2013) has become de facto a standard book to
learn robotics using LEGO, selling more than 20000 copies and has being translated in German, Korean, Polish, Traditional Chinese and Simplified Chinese.
His LEGO portfolio includes autonomous robots, control systems, AI-enabled unsupervised learning robots, industrial plants models; LEGO RUBIK UTOPIA, the first LEGO MINDSTORMS robot that could solve a 3x3 Rubik’s cube in less than a minute (2007); LEGONARDO, an half-bust automaton that can draw live portraits (2009); Cyclops, a complex robot that can walk, gesticulate, talk, act, understand speech and interact with people, furthermore remote controllable using an upper-body LEGO exoskeleton (2011); Duck Maker, a duck robot that can replicate itself, laying eggs containing ever-different chicks built with 6 LEGO bricks (2014); Car Factory (made for CEA), a desktop scale model of a car factory, used as a test bench for CEAtech software Papyrus (2015).
Currently, Daniele is a tenured high school Electronics teacher, works as a freelance LEGO designer, and as educator expert in LEGO educational robotics.

Most Popular MOCs See all MOCs by this user